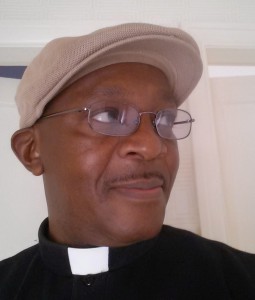 URC Minister as well as Pastoral consultant for Milton Keynes and Northampton Areas of East Midland Synod of the URC.

I was born and brought up in the Rift Valley part of Kenya. After completing my higher education in Kenya, I went to Punjab University in India, where I studied for a BA degree in Economics and Public Administration. Upon graduation, I worked with the Kenyan Government as an administrative officer in various ministries. Then I joined the United Nations High Commission for Refugees and I served in several countries.

I settled in the United Kingdom in 1995, working first in the private sector, prior to joining Westminster College, Cambridge. There I trained for the ministry and completed a BA honours in Christian Theology. After leaving Westminster, I spent one year as a student minister in the St Ives group of churches in Cambridge before accepting a call to minister in Bolton Trinity pastorate. This was a group of three churches of the United Reformed Church in Lancashire, North-West England. I spent four and a half years of wonderful ministry there before joining the team at the Ecumenical Church of Christ the Cornerstone in Milton Keynes in October 2016.

At heart, I am a traditional ecumenist, who passionately believes in the unity of the Church. I value the freedom of others to worship God in their traditions and to respect my position as we collaborate in the effort to unite our Lord’s Church here on earth.

I am married to Christine and we have two adult children: Lancia our first born works and lives in Abingdon Oxford and Jordan lives and works in London.

George’s diary for the month is available here.

Return to the Ministerial Team page.